Established in 1976, the Sponsor is a leading integrated property group based in Singapore with operations covering the full spectrum of the real estate value chain, ranging from end-to-end construction1, design and development, to fund management. 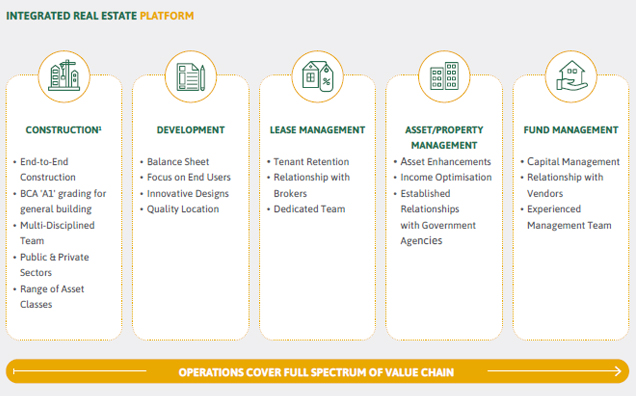 Given its intimate knowledge of the Singapore industrial market, the Sponsor has been successful in securing a number of development projects from JTC; in particular the Concept and Fixed Price Tender Scheme which was a land allocation mechanism by JTC which evaluated bids based on submitted proposals rather than price. Eightrium @ Changi Business Park, Solaris, Tuas Connection, West Park BizCentral and Bukit Batok Connection amounting to approximately 71.5% (by carrying value) of Soilbuild REIT's portfolio were conceptualised, designed and developed by the Sponsor, demonstrating its strong design and development capabilities.